The churro is a popular Mexican dessert enjoyed at street carts & high-end restaurants alike. Like many Mexican cuisines, it is packed with flavor & has a unique story to tell. Learn more about this amazing dessert below.

Where churros actually originated varies. Many people believe this fried pastry was first introduced to Europe by Portuguese sailors traveling to & from Ming Dynasty China.
There, they know some new techniques for cooking with dough & based the concept of churros on youtiao, a sort of Chinese breadstick.
Once the famous churro crossed through Portugal to Spain, the unique star-shaped pastry appeared. Their version of the delicious churro was made of fresh flour, water, & salt, cooked high in the mountains as a replacement for normal bread. This story also connects “churro” to the Churra sheep that these people (shepherds) watched over.

Are Famous Churros of Egyptian Origin?

Preparing a delicious churro is extremely simple because few food ingredients are required: dough, water, sugar & oil. That is why it’s common to find stories of its origin in many places. According to one of these stories, Churros cuisine already existed in ancient Egypt.
This historical explanation is because of many engravings found in the great tomb of Ramses III (1184 to 1153 A.D.), of which only few drawings are preserved, since some originals were sadly lost in the excavations.
Those engravings portrayed several workers processing the pure wheat, & then making a dough, rolling it up & frying it.

This explanation about the actual origin of Churros cuisine is quite plausible since, nowadays, it’s actually possible to find ancestral food dishes in Middle Eastern regions (like the mushabbak dish prepared in Lebanon),

which are extremely related to the preparation of cuisine made by the Egyptian people. If this story were true, Churro would be a particularly old cuisine, no less than three thousand years old!

Traditional churros dishes can be thick or thin & are deep-fried. They are then sprinkled with some sugar & served alone or with drinks such as café con leche, hot chocolate, or champurrado.
There are a number of variations.
The calientes of Andalusia are deep fried and simply cut into a spiral shape. Straight churros dishes are filled with a number of fresh fruits or sweets such as chocolate in Brazil, Peru, & other South American regions. Churros in the U.S. regions are often served with a fresh sugar-cinnamon combination.

The History Of The Churro And Its Conquest Of The World

Upon the colonization of the US and some other regions of the world, like the Philippines, by the Spanish Empire, Churro dish became part of the meals & customs of each locality, & after its contact with American people, Churro food dish would meet its most usual companion, called chocolate.
The connection between Churros & chocolate is almost inseparable, either in a small cup or as a filling. However, this combination of churros and chocolate is not exclusive, because sometimes Churro dessert is also accompanied by fresh milk sweet (or also known as “arequipe”, as it is called in Venezuela), guava candy or with ice cream of many flavors.
On the other side, the popularity of Churro cuisine does not stop nowadays & they’re beginning to be very famous in markets in Asia. For example, its consumption is more & more common in regions like Thailand or Indonesia, to the point that this famous dish is popularly called as Spanish doughnut in Indonesia. 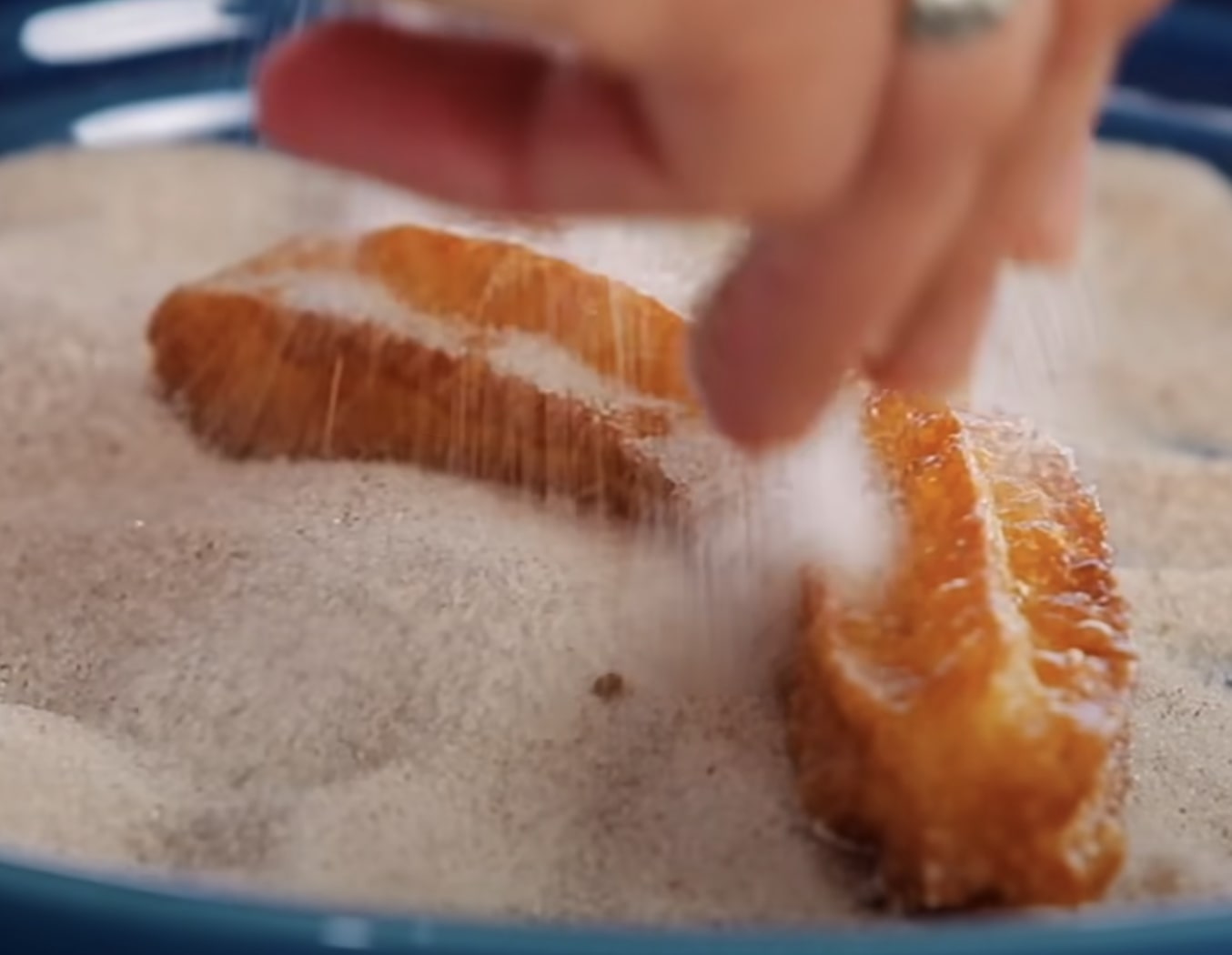 Easy Home Made Churros
From Natashas Kitchen: These perfect homemade churros are crispy on the outside, soft and tender on the inside and they have a flavor no one can resist! This churros recipe is such a treat. Traditional Churros Recipe With Chocolate Dip
From World Food 4U: Preparing a delicious churro at home is extremely simple because few food ingredients are required: dough, water, sugar & oil. Traditional churros dishes can be thick or thin & are deep-fried..